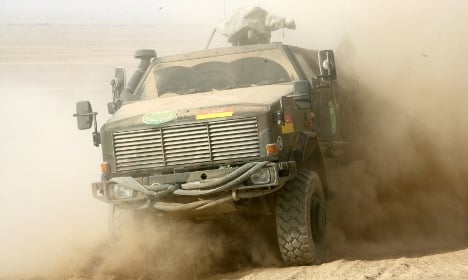 “This week the cabinet agreed an ambitious savings programme. But there will be no savings made to our mission in Afghanistan because we want to succeed and fulfil our responsibilities,” Westerwelle said.

“Germany will keep its promises,” added the minister, who was speaking in parliament ahead of an international conference on Afghanistan on July 20.

Chancellor Angela Merkel’s coalition government is aiming to cut at least €80 billion from public spending by 2014, including more than €11 billion next year.

NATO member Germany is the third-biggest contributor of troops to Afghanistan after the United States and Britain, with around 4,400 soldiers stationed in the increasingly restive north of the country.

Berlin wants to begin bringing its soldiers home in 2011, an aim shared by Washington, but has not fixed a date for withdrawal.

The mission is opposed by a majority of German voters, polls have shown. Parliament however approved in February the extension of the deployment and dispatch of an extra 850 soldiers.

There were 100 foreign troops killed in June according to a tally by the icasualties.org website, the deadliest month in nine years of conflict.