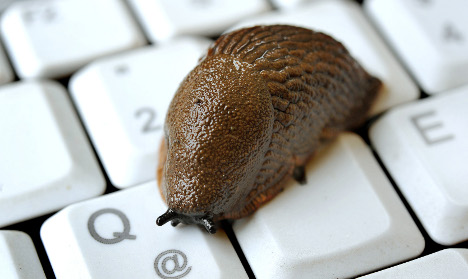 Some 19 million Germans, or 28 percent of those over 14, have never logged on to the World Wide Web before, the Initiative D21 said in Berlin.

The largest group of “offliners” are elderly women, the group found.

Some 24 percent of study participants over 14 admitted that they did not use the internet and had no plans to do so in the future.

“Many Germans have a fear of the internet, there is a certain mistrust there,” initiative member Robert Wieland said.

While the study, based on responses from 30,000 representative citizens, showed a drop in new internet users since the last annual study, the overall average of 72 percent is still double the use measured in the first survey a decade ago.

Study trends showed that web surfing dropped with age and increased with education, but there was also a gender gap, with some 30 percent fewer elderly women logging in than their male counterparts.

Income was also a factor, but not as much as it has been in previous years. For the first time ever, the percentage of web users from households that earned a take-home pay of less than €1,000 per month rose above the 50 percent mark.

Regional differences between former East and West Germany were still apparent, though.

“The east is limping behind the west,” Wieland said.

The majority (almost 69 percent) of Germans have access to fast broadband, with DSL the country’s most popular (43 percent) type of internet connection.

The parliamentary liaison to the Economy Ministry, Hans-Joachim Otto, said the study would help the government increase the country’s “digital competence.”

“Together we will fill the digital gaps,” he said, adding that this included increasing online security.

Berlin plans to bring broadband internet to the entire country, he said.

“We believe we are on the right path to reach that goal,” he added.