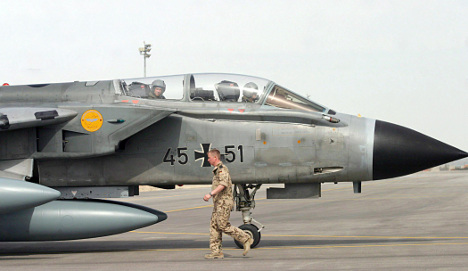 Experts from the Defence Ministry have drawn up a 23-page list of where cuts can be made – with the brunt of savings being borne by air force equipment, daily Bild reported.

One hundred Tornado fighter jets will be retired as soon as possible, leaving just 85 in action.

The Bundeswehr will also forego the last 37 Eurofighters it has ordered, which are still to be delivered.

The Navy will have to relinquish eight frigates, 10 speedboats and 21 Sea King helicopters. These cuts will be made in the medium to long term.

The Navy will order just three, rather than the planned four, new “125-class” frigates.

According to daily Handelsblatt, the unmanned drone craft Talarion, made by EADS, is also on the hit list. And the order for “Puma” tanks will be reduced from 400 to 280, the paper reported.