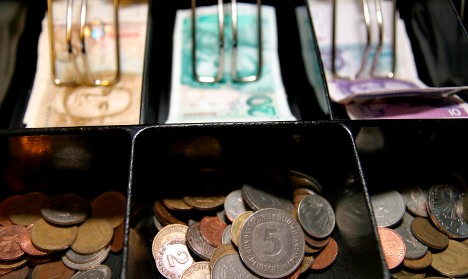 Some 51 percent of those surveyed by market research institute Ipsos admitted they wanted their old currency back.

Just 30 percent said that they rejected the idea, while another 18 percent were undecided, the Hamburg-based institute reported.

German confidence in Europe’s single currency has been rocked in recent months by the Greek debt crisis and the eurozone’s ensuing bailout of Athens. Though it remains considerably stronger versus the US dollar than the mark was back in 1998, the euro’s precipitous decline has sparked concern in Europe’s largest economy.

Longing for the mark, replaced on paper in 1999 and as physical notes and coins in 2002, depended on the respondent’s age. People between 50 and 64-years-old said they wanted to see a mark comeback, a desire echoed by only 42 percent of those between 16 and 29.

The split between eastern and western Germany was marginal, with 52 percent of those in the west and 48 percent in the east saying they preferred the mark to the euro.

Education also played a role in opinions. Only 34 percent of those who graduated from a college-preparatory high school said they’d fill their pocketbooks with the old bills, compared to two-thirds of those who completed vocational school, Ipsos found.

Some 1,000 representative Germans between the ages of 16 ad 64 were interviewed between April 9 and 12 for the results.