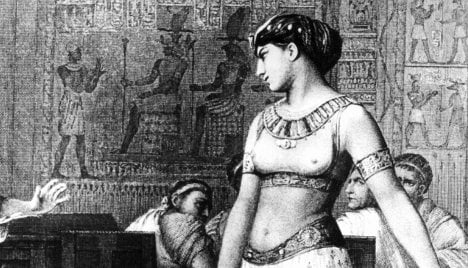 The last Egyptian pharaoh, Cleopatra VII committed suicide in 30 BC. The tradition goes that she intentionally suffered a snake bite from what is now known as the Egyptian cobra.

But German historian and professor at the University of Trier Christoph Schäfer presents evidence to disprove the 2,000-year-old legend on ZDF’s educational show Abenteuer Wissenschaft to be broadcast on Wednesday.

In a preview of the show, Schäfer alleges that certain parts of the legend don’t fit. In his assessment, the queen, famous for her beauty, was unlikely to have subjected herself to a long and disfiguring death.

He and other experts travelled to Alexandria where they consulted ancient medical texts and cobra experts, who said that the serpent bits cause a brutal death that covers the body in spots and takes several days.

Cleopatra wanted to remain beautiful in her death to maintain her myth, the show claims, citing evidence that she was well-versed in the effects of poison and had several options at her disposal.

Instead of a snake, she probably took a cocktail of opium, hemlock and aconitum, Schäfer claims, explaining that at the time this was a well-known mixture that led to a painless death within just a few hours.