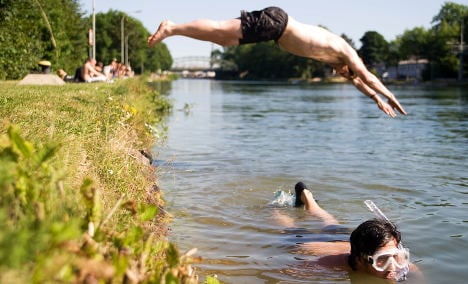 High temperatures could even top out at a scorching 33 degrees Celsius in some parts of the country, the DWD said from its headquarters in Offenbach.

“According to forecasts we’re in for a few great weeks, with more of the weather we’ve had between the end of June and beginning of July,” meteorologist Marcus Beyer said.

But the heat will also bring humidity and a few thunder storms too.

Widespread sunshine is expected for Monday with cloud cover building in the afternoon in the west and southwest of the country. A few scattered showers could develop in the afternoon as temperatures rise to between 27 and 33 degrees, the report said.

Tuesday and Wednesday’s forecast are almost identical – sunny with highs up to 32 degrees and late afternoon clouds in central and western Germany. A few short thunderstorms may also develop, the DWD said.