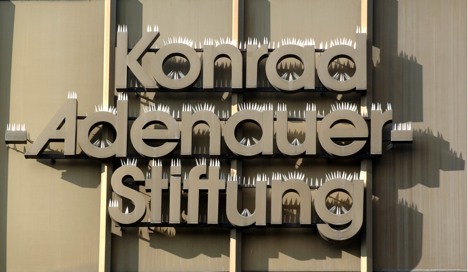 Nico Lange, head of the Ukraine office of the Konrad Adenauer Foundation (KAS) – a research institute affiliated with Germany’s ruling centre-right party the Christian Democratic Union – was only allowed to enter the country after complicated negotiations between German and Ukrainian authorities.

Lange told news agency DPA that he had been detained by officials without being given a reason, and the KAS had been forced to entered into negotiations during the night.

Opposition parties in Ukraine described the incident as a scandal. Opponents accuse President Viktor Yanukovych, who has led the country since February, of turning the country into a police state.

Former Ukrainian foreign minister Borys Tarasyuk said that the incident showed the “repressive and authoritarian character of the security authorities and the secret service.”

Lange, who has been running the KAS office in Kiev since 2006, had criticized the new Ukrainian government on the occasion of its first 100 days in office this week.

In an interview with German foreign broadcasting service Deutsche Welle, Lange said that Ukraine “had moved further away from democratic and constitutional standards” under the new president. He added that he saw indications of a “relapse into old authoritarian patterns.”

Lange also said the Ukrainian parliament had been devalued under the new government, and there was now more pressure on opposition parties and media.