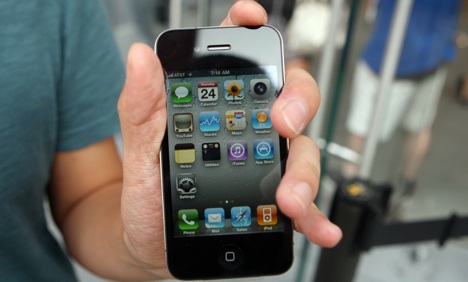 According to a report in news magazine Der Spiegel, Leutheusser-Schnarrenberger says Apple should “immediately make clear” what it is doing with the private information of the millions of customers it has in Germany.

“The users of iPhones and other GPS devices should know what information is being collected about them,” the minister said. She said it would be unacceptable if Apple were to create personality or location profiles of its users.

The minister’s criticism is directed at the newly-formulated privacy policy, which Apple released at the beginning of last week. It now states, “To provide location-based services on Apple products, Apple and our partners and licensees may collect, use, and share precise location data, including the real-time geographic location of your Apple computer or device.”

But the policy also adds, “This location data is collected anonymously in a form that does not personally identify you and is used by Apple and our partners and licensees to provide and improve location-based products and services.”

Thomas Hoeren, judge and professor of information, telecommunications and media law at the University of Münster, believes that the new privacy policy gives Apple the right to collect and save massive amounts of personal data.

“Apple does not make clear what data it is actually saving,” he told the magazine. “The user does not know what can be kept, for how long, and in connection with what other information it is to be stored. And it does not say how the user can raise an objection either.”