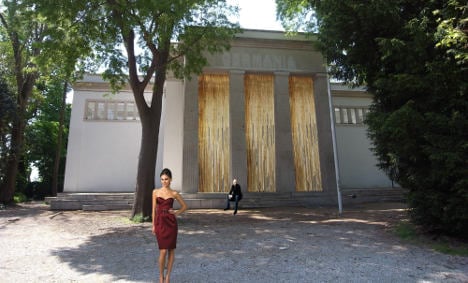 Arno Sighart Schmid, president of the Federal Chamber of German Architects (BAK) first spoke in favour of demolishing the building this week, a demand now supported by the Federal Association of Artists of the Fine Arts (BBK).

The building’s Nazi past, in addition to architectural problems, is a burden, BBK President Werner Schaub said on Friday.

“It would be good to have a clean slate here,” he said.

The pavilion was originally built in 1909 at the Venice Giardini park area, where the city has hosted the prestigious cultural festival since 1895. It was renovated in 1938 in accordance with the Nazi party’s wishes, and has been used since for the country’s art and architecture showings at the event. This year it is scheduled to showcase architecture from August 29 to November 21.

Schaub said the Nazi renovation had turned the structure into a “mish-mash,” rendering it historically unimportant.

But the Federal Ministry of Transportation and Construction, which is responsible for maintaining the pavilion, rejected the suggestion to demolish the building.

“One can’t turn back the clock by destroying architecture,” spokeswoman Vera Moosmayer said. “On the contrary, it’s important to keep it as a witness to history.”

The “plurality and partial strangeness” of the Venice pavilions are what make the Venice Biennale so special, she said.

“Because the German pavilion doesn’t make it easy on the curators, there have been powerful exhibitions in the past, perhaps even because of the challenges of the location,” she added.

Art historian Susanne Gaensheimer also rejected a demolition, calling such an action an “ahistorical approach” in an interview with broadcaster 3sat on Wednesday evening.

“I am rather for working historically in order to keep history in consciousness,” she said.

But Berlin-based artist Tino Sehgal said he was in favour of destroying the pavilion.

“The space corresponds to the worst German clichés,” he told 3sat, adding that these were no longer a reflection of modern Germany.