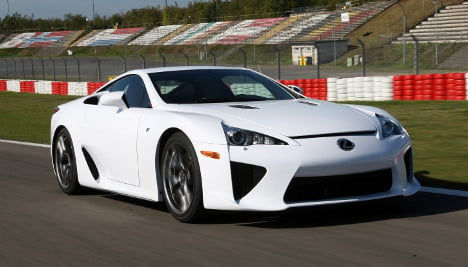 The Japanese man, identified as Hiromu Naruse, was testing the Lexus LFA sports car when it was involved in a deadly collision on a road near the Nürburgring race track in Rhineland-Palatinate on Wednesday, Toyota said.

“We are shocked and saddened by the sudden death of Hiromu Naruse,” company spokesman Mieko Iwasaki said.

He was unable to give further details on the crash. Carmakers around the world routinely use German roads to test their cars, in part because of the lack of speed limits on many motorways.

Daily Die Welt reported that the test driver of the other car involved in the collision was injured, along with a passenger.

Toyota said Naruse had worked for the company since 1963. He was 67 years old, according to German media.

The manufacturer offered its “condolences to the family of Mr Naruse and sympathy for others involved in the accident.”

It said it would await clarification as to the cause of the accident from German authorities.