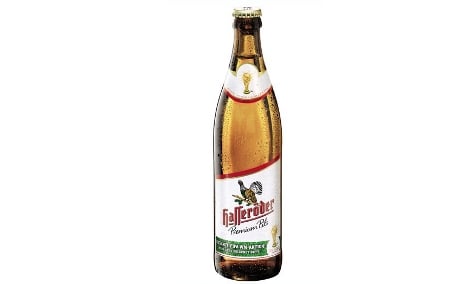 When Germany hosted the World Cup in 2006, the country was awash in fuzzy feel-good patriotism. Only one thing threatened to ruin the party – crappy American beer.

In the months running up to the football tournament, panic spread through the nation after it emerged that the US beverage corporation and FIFA sponsor Anheuser Busch would only allow its official World Cup beer Budweiser to be sold at the matches. Rumours even circulated of a 1-kilometre-wide Bud-only zone around the stadiums.

Germans became gripped with such a bad case of “beer fear” that the sensationalist newspaper Bild even declared: “Watery Yankee beer in the 12 stadiums? No way!”

In the end it didn’t happen because the makers of the German beer Bitburger raised objections when Budweiser attempted to shorten its name to “Bud” for World Cup advertising because of a legal dispute with a similarly named Czech brewery. This, Bitburger decided, was much too close to its marketing nickname “Bit.”

Fearing a wider fiasco as German football fans raged against having American beer forced upon them, Anheuser Busch eventually relented and agreed to sell Bit next to Bud at all official World Cup stadiums and events.

The combination of being forced to change the name of its leading brand, and then having to share its prime market with a local favourite, made the 2006 World Cup a marketing disaster for the US brewer, particularly in view of the reported $40 million it had paid for the sponsorship rights.

But the international beer industry has apparently learnt its lesson for South Africa 2010. Anheuser Busch has since been taken over by Belgium’s InBev to create the biggest brewer in the world. The combined company has a 25 percent share in the global beer market, 13 international beer brands and countless regional brews.

Accordingly, AB InBev has decided to use this network of local brands to handle its World Cup sponsorship deal instead of trying to have Budweiser quench regional tastes.

Quilmes for Argentina, Brahma for Brazil

When Argentina hits the pitch, viewers will see ads for Argentine beer Quilmes. Brazilian matches will feature Brahma. Germans fans will see ads for Hasseröder, an old East German favourite from a small town in Saxony-Anhalt.

But why not one of the better-known German beers in AB InBev’s portfolio such as Beck’s, Franziskaner, or Löwenbräu?

Hasseröder’s official reasons offer an insight into the ruthless targeting of market strategies. “We’re a proper man’s brand, and we represent male friendship,” says spokeswoman Claudia Klehr. “At the same time we are among the ten most famous sports sponsors in Germany.” Hasseröder sponsors a number of different sports teams, including the Bundesliga club Hannover 96.

Klehr declines to compare the new strategy to 2006, but she says, “Anheuser Busch InBev has found an intelligent way to use the FIFA sponsoring rights as efficiently and synergistically as possible.”

Marc-Oliver Huhnholz, spokesman for the Association of German Brewers (DBB) isn’t sure if there is a direct connection between the German beer drinker slap-in-the-face during the last World Cup and the new regional marketing plan. But he is keen to point out how diverse the German beer market is.

“We have 1,327 breweries in Germany, producing around 5,000 beers. If you tried a different German beer every day, you wouldn’t have to start from the beginning again for 13 and a half years,” he says with relish. “Germans love their German beer. They’ll enjoy another beer occasionally, but the emphasis always stays on German beer.”

But as patriotic as German beer-drinkers are, they are also fiercely provincial. The DBB spokesman underlines the power of local loyalty. “There is an expression here – ‘beer needs a home.’ Germans like to drink their own beer, and if it is a local beer, and they can associate something with it, they enjoy it all the more.”

Indeed, the key to Hasseröder’s success – it is the sixth most popular beer in Germany and the undisputed leader in the eastern part of the country – is possibly its regional origin.

In communist East Germany, beers often could only be sold in their immediate area, and none was allowed to dominate. Good ones were often exported to the West for hard currency. But Hasseröder – brewed in the small town of Wernigerode – was the main beer in the mountainous Harz region of eastern Germany, a favourite holiday resort.

“Because of the many holidaymakers that came to the Harz, a lot of outsiders found out about the beer,” Klehr explains. “Hasseröder became a favourite present to bring back.”

Like many East German brands, Hasseröder struggled for a few years following the reunification, as people flocked towards West German products. But old East German favourites soon regained their hold, and an apocryphal story tells how football and Hasseröder came together in serendipitous union for the UEFA Cup Final in Turin, Italy in 1993.

“The actual sponsor pulled out at short notice, and a truck with Hasseröder placards on its way to another event happened to be nearby,” says Klehr. “An East German beer at the UEFA cup final was a real bombshell, and a source of great pride for East German consumers.”

And now AB InBev is hoping Hasseröder’s exposure at this year’s World Cup will help make it a nationwide favourite.