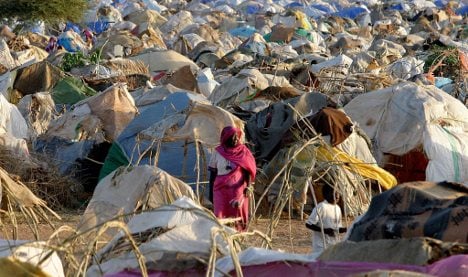 “They were kidnapped on Tuesday evening from their office in Nyala by armed men in civilian clothes,” said Kemal Saiki, communications chief for the UN-African Union peacekeeping mission in Darfur (UNAMID), identifying the abducted aid workers as two Germans.

The raid took place in Nyala, capital of South Darfur state, where security has been on the decline.

“A Sudanese employee was also captured but was released soon after,” Saiki said.

Seven men – including four armed with assault rifles – abducted the aid workers at around 7.45pm German time, then headed in the direction of Kass, a city north of Nyala, UNAMID officials said.

A German foreign ministry spokesman confirmed that the two kidnapped workers were German citizens aged 34 and 52, without elaborating.

The aid workers work for the Federal Agency for Technical Relief, the disaster relief arm of the German interior ministry.

“The kidnapping took place as THW was wrapping up its operations in south Darfur,” a humanitarian official said, adding that THW was still working in North Darfur.

It was the first abduction of Germans in Darfur, which has seen a wave of kidnappings targeting foreign aid workers since an international court in March 2009 issued an arrest warrant for President Omar al-Beshir on charges of war crimes in Darfur.

Since the warrant’s issue, 17 foreigners including 10 Westerners have been kidnapped. Most were released unharmed, but an American female employee of Samaritan’s Purse kidnapped in May is still being held hostage.

Aid workers have also been kidnapped in neighbouring Chad and the Central African Republic by Darfur groups.

“There has been a real deterioration of the security environment in Darfur. Most humanitarians don’t even have access to certain zones in the region,” another humanitarian worker said.

The wave of kidnappings has forced many aid organisations to alter the way they operate. Some have packed up and left, while others spend less time on the ground and for shorter periods.

This has led many in the aid community to think about their future activities in the region, the official said.

At least 300,000 people have died and 2.7 million have been displaced in Darfur since 2003 when ethnic rebels took up arms against the Arab-dominated central government, complaining of discrimination.

The war-torn region has also seen fighting between rival Arab tribes and an increase in banditry.

Around 600 people have been killed since May in Darfur, in the deadliest month since UN peacekeepers were deployed there in 2008.