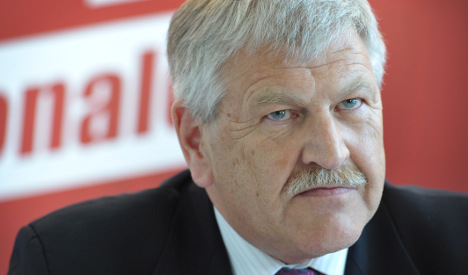 But on Tuesday, a court in Frankfurt an der Oder ruled that the hotel “had been entitled to bar the NPD leaders to protect their own reputation and image in view of the polarising effect of the NDP in the community.”

Furthermore, Voigt was not entitled to have the ban overturned under anti-discrimination laws, the court ruled.

A court spokesman said Voigt had taken the decision calmly. But Voigt’s lawyer said his client planned to appeal to a higher court.

Voigt’s wife had in autumn last year booked the hotel through a travel agent. But the hotel management then told Voigt on November 23 that he was banned from the hotel.

It declared that it was banning him because his political views were inconsistent with the hotel’s stated aim to “offer an excellent travel experience” to every guest.

Voigt felt discriminated against and sued. During the court case, he argued that he was staying at the hotel as a private individual, not for the purposes of political activity. The ban was the result of an agreement within the Hotel and Guesthouse Association, Dehoga, to maintain a ban on “so-called” right-wing extremists, he said.

The court rejected this view.

The hotel welcomed the decision. “This ruling strengthens us in our conviction to create the philosophy of a tolerant and cosmopolitan hotel, on the inside and the outside,” manager Heinz Baumeister said.