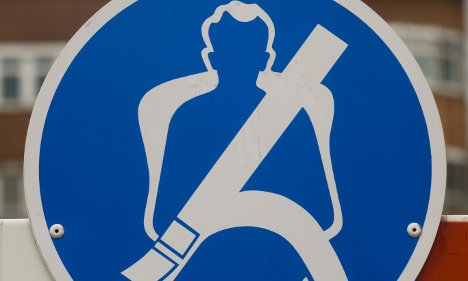 “Despite his almost thirty years of experience on patrol duty, the officer was not a little surprised,” said a statement from the Mettmann district some 20 kilometres northeast of Düsseldorf.

While patrolling streets in the town of Velbert on Monday, the officer spotted the 47-year-old woman at the wheel – with her 18-month-old at her breast, the statement said.

The woman objected to being pulled over, explaining that because her home was nearby, mother and child would have certainly made it home safely. But the officer refused to let her continue driving in that state.

Instead the woman was issued fines for failing to provide proper security for her child or herself while driving.

“Because naturally the mother, while handling the difficult care of her infant while at the wheel, did not have her own seatbelt fastened as required,” the statement said.