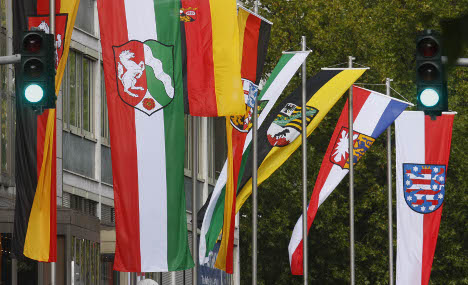 CDU parliamentarian Thomas Bareiß told daily Die Welt that to improve the political workings of the country, Germany’s 16 states would need to be reorganised.

“We should now be brave and tackle a great reform of federalism,” he told the paper. “Only with fewer, stronger states can we save federalism.”

Bareiß, who is on the parliamentary committee for economics and technology, called for a change to constitutional law that would simplify state fusion.

“Only with a popular vote across all of Germany can we meet the particular interests of fewer individual states,” he told the paper.

Economics expert for the opposition Greens Christine Scheel said such a change was long overdue.

“In the end everyone would profit from this federal structure reform,” she told the paper, adding that such a change could not happen without the consent of the public.

“A first step would be for city states to combine with the federal states in their regions,” she said. “States like Berlin and Brandenburg or Hamburg and Schleswig-Holstein have a better future together.”

But the CDU’s parliamentary group budgetary speaker Norbert Barthle said chances of such a reform were low because of current budgetary constraints.