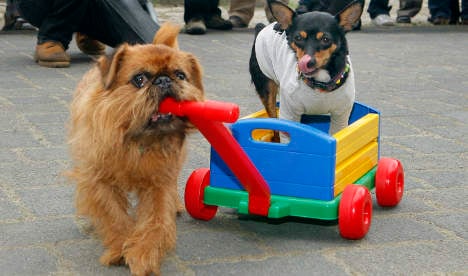 Ready for your close-up? Photo: DPA

More than 100 dogs were brought from around the country to the legendary film park, as well as an array of other animals including cats, rabbits, guinea pigs and even giant spiders.

Film animal trainers Astrid and Gerhard Harsch were there to watch them put through their paces, performing tricks or demonstrating how well trained they were, in order to select those which could be called up to the big or small screen.

Seven dogs were chosen from the furry ranks, although a film career is not necessarily a given.

“If and when an animal actually takes part in a production is down to chance,” said a spokeswoman for the film park.

Babelsberg has been home to more than 3,000 cinema and television film productions over the last nearly 100 years. This Saturday’s was the fourth animal casting day held there since 2000.