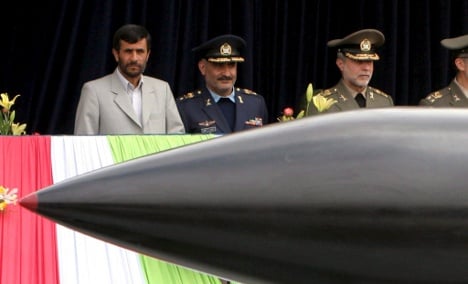 “The world will make sure that Iran does not have nuclear weapons,” Merkel told reporters.

“I strongly welcome the approval of this resolution on the Iranian nuclear programme,” she said.

“Again and again and over a long period of time – more than two years – we gave Iran the opportunity to be transparent, including with the international atomic agency.

“Iran did not accept all these offers and therefore this resolution was needed … I hope that the effect will be that Iran considers being more transparent and cooperative with international organisations.”

Germany, which has strong commercial links with the Islamic republic, is one of six powers negotiating with Iran over its nuclear activities, together with the United States, China, Russia, France and Britain.

Merkel said that the new sanctions were not directed against the people of Iran but those behind Tehran’s nuclear programme, who she said included the Revolutionary Guard.