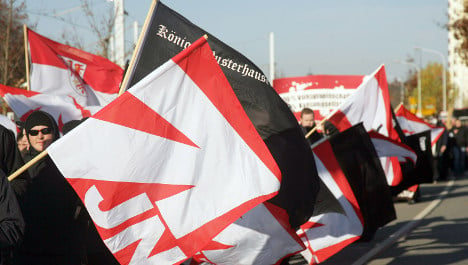 According to daily Hamburger Abendblatt, efforts by the police and intelligence services have begun to pay off, with fewer dangerous websites on the internet than a year ago.

The figures were revealed by federal government in response to questions put by opposition Social Democrats (SPD).

The government said the drop was the result of work by the Office for the Protection of the Constitution, or Verfassungsschutz, and of tougher searching and controlling of cyberspace by the police.

“This drop was enabled by intensive measures of German security services,” the parliamentary state secretary for the Family Ministry, Hermann Kues, said.

The Verfassungsschutz puts the present number of neo-Nazi homepages at about 1,000. Although the report did not specify how many there had been a year ago, it said the controlling body website, jugendschutz.net, which investigates breaches of youth protection laws, managed to shut down 40 websites with illegal content.

According to the government, neo-Nazi communities across Germany are relying more heavily on the internet.

The government’s response to the SPD showed that authorities had no new information on the online activities of far-right groups such as the Kameradschaft Aachener Land, which encourages visitors to name groups or individuals with an “anti-German, left-wing extremist or communist viewpoint.”

“The significance of these internet sites is – with a few grave exceptions – fairly low.”