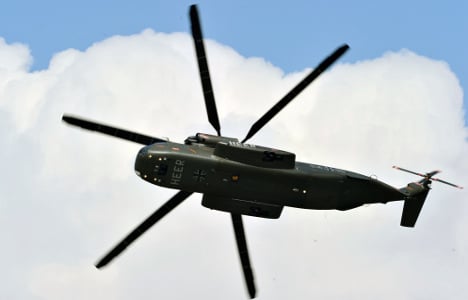 Running until June 13, the Berlin Air Show (ILA) was expected to attract about 1,150 exhibitors from nearly 50 countries presenting all manner of planes, helicopters, rotors, motors and other technology to around 200,000 visitors.

The ILA is running concurrently with the annual gathering of the International Air Transport Association (IATA), which said Monday that the industry should be profitable this year for the first time since 2007.

Buoyed by this more bullish outlook for their main customers, the ILA – celebrating a century since its inception this year – should see some business drummed up, according to the boss of airplane maker Airbus, Thomas Enders.

On the whole, “we are expecting an optimistic and dynamic” ILA show, said Enders, who is also president of the German Aerospace Industries Association (BDLI), which organises the show.

“I expect a few contracts to be signed,” he said.

French business daily Les Echos reported on Friday that Dubai airline Emirates was poised to unveil an order of 30 Airbus A380 jumbos – with an expected price tag of some $10 billion.

Airbus did not comment on the reported sale, which would be the first orders for the plane for one year.

In any case, fresh from the important mission of delivering the German national football team to the World Cup in South Africa, the A380 is sure to attract attention at the show.

The superjumbo will be presented “for the first time under the logo of the client rather than under the Airbus logo,” said Enders.

Another Airbus attraction was set to be the military transport plane, the A400M, which will be on display to the public for three days – “its first appearance at an air show,” said the Airbus chief.

The plane has gained notoriety for the difficulties surrounding constant delays to its production and squabbles between the seven European countries that have placed orders for it.

The head of European aerospace giant EADS, Louis Gallois, told AFP earlier in June that contracts may not be finalised for several months.

Also likely to draw the crowds is a “hybrid” aircraft which runs on algae fuel, a world first, expected to be unveiled by EADS.

The event, which takes place every two years, comes ahead of the Farnborough Air Show in Britain from July 19 to 25.