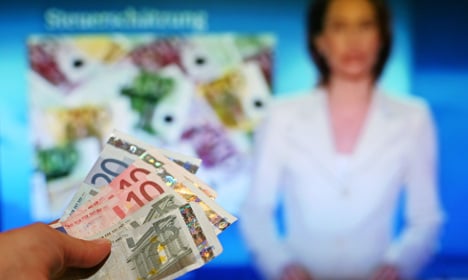 Experts suggest that the fees, required of everyone who owns a television or radio, be reformed to a per-household sum instead of the current system, which charges per radio and television. The topic is expected to be addressed at the meeting of state premiers, several of whom have already expressed an interest in making changes.

Private broadcasters have long alleged that the GEZ gives the public stations – who collected €7.26 billion in fees in 2008 – an unfair advantage.

“The question is whether the GEZ is still really necessary as an institution,” said the head of independent advisory board the Monopolies Commission, Justus Haucap. “If another form of levying fees comes, then we don’t need this huge machine the GEZ any longer.”

It’s a difficult task for the organisation’s 1,100 employees, and consumers frequently bring cases against the GEZ to court.

“Or the fee can be taken out of taxes,” said Haucap of the Monopolies Commission, who has also written a book on the “flood” of German bureaucracy. “The collections could be left up to the tax offices. I advocate cutting the GEZ.“

Meanwhile Jürgen Doetz, president of the VPRT, an alliance of private radio stations, also said the GEZ should be trimmed down significantly.

“With that, the job of GEZ sheriff would die out,” he said. “They would become superfluous, the spying would end, and that would be a big benefit.”