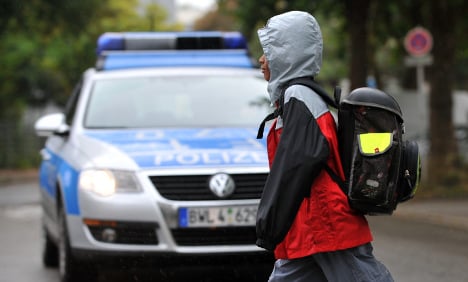 Despite the thorough search, police failed to find the man.

A father dropping his child off at a day care centre neighbouring the Marzahn-district school alerted police around 9 am after seeing a man with what appeared to be a weapon, a spokesperson said.

A worker from the school also reported seeing an unidentified man with a weapon. The suspect was believed to be about 25-years-old.

Special police forces and a helicopter were deployed to search the school facilities, along with a nearby youth club and day care centre. Classrooms were sealed off during the search. Meanwhile many concerned parents decided to pick their children up early.

But after more than two hours of searching, police gave an all-clear signal.

“He’s not in the area,” a spokesperson said.