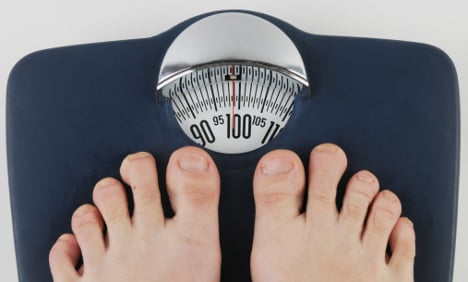 “Disregard for health to the point of neglect is a crime,” DL president Josef Kraus told daily Bild. “When parents don’t make sure their children eat healthily and get enough exercise, then it can be the beginning of child abuse in extreme cases.”

“When parental notices about overweight children are thrown to the wind, then youth services must be contacted and as a last resort there should be cuts to their parental benefits or welfare,” Kraus added.

His remarks follow the release of official figures on Wednesday which showed that 51 percent of Germans are considered overweight.

Sixty percent of men and 43 percent of women have a Body Mass Index (BMI) – a measure calculated by body weight and height – of more than 25, up from 56 percent and 40 percent respectively in 1999, the German Statistics Office (Destatis) said.

Some 16 percent of men and 14 percent of women are classified as obese with a BMI of more than 30.

Such measures would help avoid “much personal suffering and high costs for society,” he added.