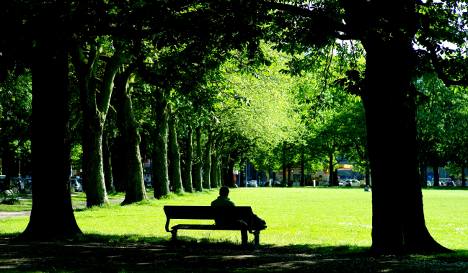 Over the next few days, high-pressure system “Urs” will begin meandering across the country from the west, bringing warmer and sunny weather, the DWD said from their headquarters in Offenbach.

The northwest will see sunshine and balmier temperatures on Thursday, though rain will still plague the southeastern regions, particularly in the Alps. Highs will climb to 16 degrees Celsius in the southeast and 23 degrees in the west.

Overnight the rain will subside in the southeast, but skies will remain cloudy, the DWD predicted.

The workweek will end in sunshine for most of Germany on Friday, though the Alps will still be cloudy. Highs will be between a pleasant 18 degrees on the coast and 25 degrees in the Upper Rhine region.

The weekend will also be friendly and dry, with widespread sunshine and clouds only in the Alps. Temperatures could reach as high as 28 degrees in the southwest, while the rest of Germany will likely see highs of between 20 and 25 degrees.

Sunday will also be mostly pleasant, though a new front could bring showers and thunderstorms to the west, the DWD said.