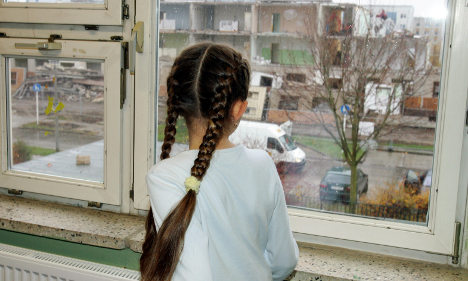 According to the second annual World Vision children’s study, most of the country’s children (80 percent) between six and 11-years-old have a positive outlook for the future. But the remaining 20 percent of children, who suffered from poverty and little encouragement at home or in school, learned early not to expect a bright future.

“Children from the privileged classes can take advantage of their better chances from the beginning,” co-author of the representative study Professor Klaus Hurrelmann said.

More than 2,500 schoolchildren took part in the study aimed at finding out for the first time how younger kids see their world. Results showed that even younger children realise they are underprivileged and wish to have their voices heard. A healthy self-esteem and the experience of being an effectual person are fundamental aspects positive child development that these children often do not experience, Hurrelmann and his co-author Sabine Andresen said.

“But the lower fifth is breaking away from us,” Hurrelmann said, explaining the situation had worsened since 2007. “These children see their futures negatively and don’t trust in any successful educational system. Their daily lives are spent in large part alone in front of the television or other forms of media consumption. Boys are particularly at risk here.”

Meanwhile more privileged children not only get more support at home, they also have more free time options. While 43 percent of wealthier children reported taking part in creative and musical activities after school, only five percent of poor children did the same.

“But the bridge to this greater educational orientation currently happens through the school,” Hurrelmann said.

Other aspects of the study showed that parental attention was very important to the younger children, but not constantly desired. Instead it should be short and intensive, Hurrelmann said, adding that this should be a relief to working parents.

Most children reported having two working parents, but said this made no negative impact.

“On the contrary, the children wish for parents who are socially integrated. It’s the children with unemployed parents and little structure in their daily lives who complain about too little parental attention,” Hurrelmann said.

The researchers were particularly concerned about this in single parent homes.