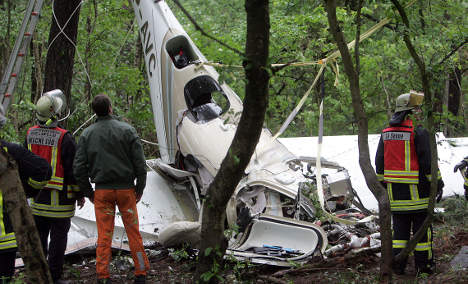 The sporting plane had travelled to Germany from Poland. For unknown reasons it lost control and fell from the air as it approached the Windelsbleiche airfield near the southern part of the city around 10:30 am on Monday morning, Bielefeld police said.

Three of the plane’s four passengers died in the accident. One woman was transported to a Bielefeld hospital with life-threatening injuries to which she later succumbed, the statement said.

The plane crashed just outside of a residential area, but no one else was hurt.

“The reason for the crash is not yet known,” the statement said. “Fire fighters and police investigators are at the scene. The investigation is ongoing.”