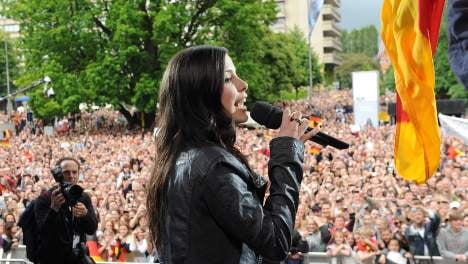 After flying from Oslo, the 19-year-old was met by Lower Saxony’s premier Christian Wulff at the airport, before heading to the city’s town hall. There she was cheered by thousands ecstatic over Germany’s first victory in the legendary kitschy competition since 1982.

“This is absolutely insane! Man, oh man,” said Meyer-Landrut to the crowd. “It’s so amazing!”

The teenager’s performance singing the song “Satellite” on Saturday night convinced millions across Europe to make her only the second German to ever win Eurovision in its 54-year history.

In a competition that has come to be dominated by eastern European countries who favour super-glamourised, American-style performers, Lena came across as a refreshingly unpretentious teenager plucked from the streets of Hannover.

After inviting her to sign the northern German city’s Golden Book, Mayor Stephan Weil said the last time a single person had drawn such a crowd was the visit of Britain’s Queen Elizabeth.

“Wow! This is damn cool!” Meyer-Landrut wrote. “Thank you very most, Leni.”

TV personality Stefan Raab, who has mentored the teenager since she won a national casting show to represent Germany at Eurovision, mooted the possibility the teenager could take part in the competition again next year.

“I think it’s totally appropriate that the winner defends the title,” he said, before asking Meyer-Landrut if she was up to the challenge.

Though Hannover has expressed interest, Berlin and Cologne could also be contenders. Hamburg, however, could have the best chances, because local public broadcaster NDR has long produced the German version of the song contest. 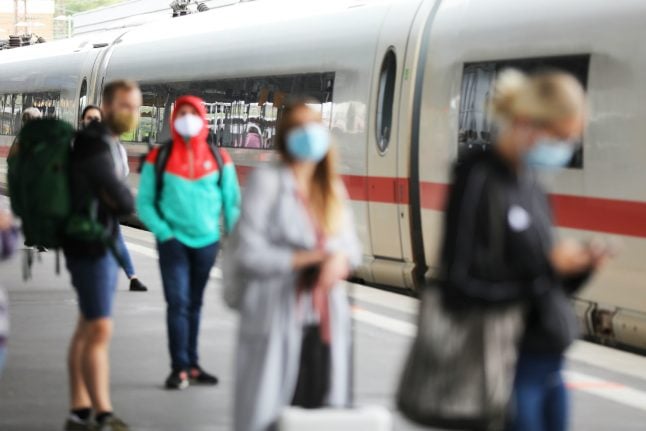