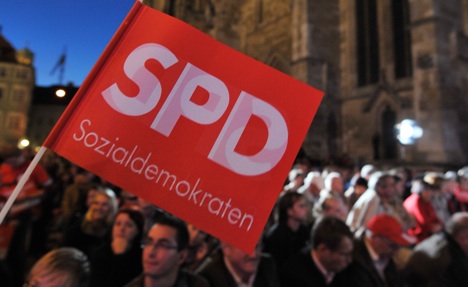 The Social Democratic Party (SPD) scored its worst election results since the war at the last national election in September 2009, winning only 23 percent of the vote.

The new survey, carried out by the SPD’s leadership, shows that the unemployment benefit reforms known as Hartz IV, introduced under Chancellor Gerhard Schröder’s government in 2005, is now being considered the SPD’s self-inflicted nemesis by the party’s rank-and-file.

Party members also named plenty of other damning reasons for the SPD’s dramatic electoral failure, including “the relationship with the Left party,” “lacking credibility,” “colourlessness,” and “alienation of the party from its membership and the population.”

The party leadership sent questionnaires to some 10,000 local SPD organisations at the end of March, and received more than 4,200 replies by mid-May. The questions were not multiple choice, leaving members free to identify problems of their own accord.

According to a report in news magazine Der Spiegel, the most common answer to the question of what had been positive about last autumn’s election campaign was “nothing.”

The party members also named “failure to mobilise” and “the state of the federal party” as particularly negative factors in the campaign. One third of SPD members are “fairly dissatisfied” or “dissatisfied” with the work of the national leadership.