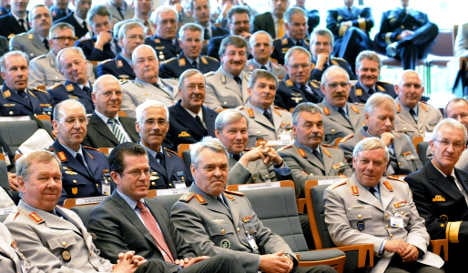 Staff numbers in the military “will have to be questioned,” Guttenberg told broadcaster ARD, adding that it was a “hard” and “bitter” fact to face, but nevertheless “unavoidable.”

Guttenberg foreshadowed closures of military locations as well as reductions in personnel, equipment and procurement projects. However, he did not indicate the scale of any cuts.

“I consider it important and necessary that we address this sufficiently quickly,” he said.

In a speech Wednesday at the Bundeswehr’s top military academy in Hamburg, Guttenberg raised the possibility of spending cuts. The opposition Green party quickly responded with a call to examine reducing the overall size of the military.

The deputy head of Merkel’s conservative parliamentary group, Michael Meister, suggested that Germany must cut costs by €15 billion in 2011 – and €45 billion through 2014.