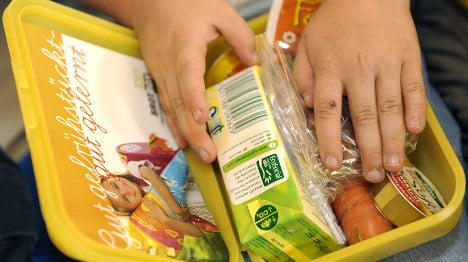 In an embarrassing result for the organic food industry, the government-funded but independent foundation drew on 85 investigations over eight years to come up with an overall assessment of what’s known as bio food. Only when it comes to use of pesticides does it come out in front.

The foundation concluded that organic products were not necessarily healthier, or even better-tasting, than regular groceries. Despite being on average 30 percent more expensive, there was little overall difference in quality, foundation tester Ina Bockholt told Deutschlandradio.

For example, 15 baby food products tested – 13 of which were organic products – all rated only in the “satisfactory” range, Bockholt said. The reason was that they actually contained too little fat and often too little iron for babies’ nutritional needs.

Some 45 percent of ecological products got a “good” or “very good” nutritional rating, compared with 41 percent for conventional foods. Some 15 percent of organic foods were rated “poor” – slightly higher than the 14 percent of regular products given such a score.

There was considerable variation among products, with organic performing well in some areas but poorly in others. Tea, full-cream milk and spiced cooking oils were better than their conventional counterparts, whereas organic products were worse when it came to rapeseed oils.

Bockholt however defended organic foods on ethical grounds, pointing out that someone who bought such products “invests in an ecological, animal-friendly and sustainable agricultural economy.”

Some 75 percent of ecological products were pesticide-free, compared with just 16 percent of conventional groceries, she said. Yet ethical shopping carried a price tag.

“Admittedly you have to say, bio products have a price: they are about 30 percent dearer,” Bockholt said.