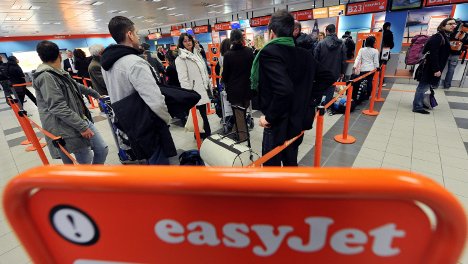 About 30 workers walked off the job at Tegel airport and another 40 to 50 at Schönefeld, starting at 4 am, though a Verdi union spokesman warned hundreds could join the strike over the course of the morning. The industrial action was expected to continue until 10 am, he announced.

Delays could be expected, and there could even be cancellations, he added.

EasyJet’s Germany boss, Thomas Haagensen blasted the strike. “Industrial action is being carried out here at the expense of passengers,” he said. “Our passengers, thousands of visitors to Berlin and business travellers have no sympathy whatsoever for this strike.”

The strike was called after negotiations over a universal wage agreement for all 1,750 workers from the flight-service firms GlobeGround Berlin (GGB) und Ground Service International (GSI), collapsed last week.

At the weekend, Andreas Splanemann, a Verdi spokesman, said the roughly 450 workers employed by GSI deserved a fixed payment rate, while the worst paid should see their pay increase by as much as €150 a month. Many are paid so poorly that they claim Hartz IV welfare support to supplement their wages, he said.

Those at the bottom of the pay scale should see a pay rise of 3.8 percent said Splanemann, while those earning more have already been offered a wage rate guarantee.