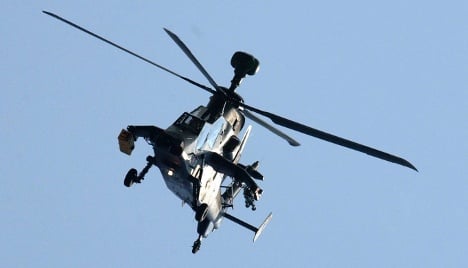 Germany has ordered 80 of the helicopters from Eurocopter, a subsidiary of the France-based European Aeronautic Defence and Space Company (EADS), but a ministry spokesman said the aircraft was marred by technical bugs.

“There are serious defects, particularly with its wiring,” rendering the Tigers unready for combat, the spokesman told AFP.

He said the first combat-ready helicopters were not expected before 2012 and called the delays a blow for the military which “urgently” needs the aircraft in Afghanistan, where Germany has deployed about 4,300 troops.

Eurocopter said in a statement that it was working on the defects.

“Corrective measures related to Tiger’s wiring problems have been developed, agreed by the customer and are being implemented,” it said. “The first two helicopters will be handed over to the German official services in June and July for intensive tests.”

The German government has said it aims to begin withdrawing its troops from Afghanistan next year.