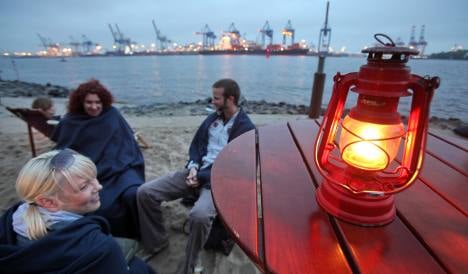 By Tuesday, cloudy and showery conditions will dominate in the northern and eastern regions, while the German weather service, DWD, said the centre of Germany would be hit with half the month’s usual share of rain by the middle of the week.

The south will also have a mixed bag of weather with showers, sunshine and storms. Tuesday evening will bring heavy rain to western regions too.

Temperatures will be suitably depressed too, stuck between 12 and 19 degrees Celsius – with areas in the north dropping to around 2 degrees on Tuesday night.

Wednesday will bring heavy clouds in the centre and south, with occasional showers and some storms. Although the north will be clouded over, meteorologists expect no rain.

The dry conditions expected in the north will come as something of a relief for people living near the Oder River where authorities on Monday issued flood warnings.

The waters are expected to rise dramatically on Tuesday as flood conditions travel down the river from Poland.