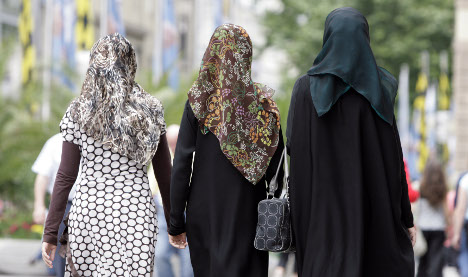 While a nationwide study has yet to be undertaken, regional data from Cologne and Frankfurt shows that young women of Turkish background try to kill themselves twice as often as their German counterparts, daily Die Welt reported on Friday.

But a cooperation between Berlin’s Charité hospital and the University Medical Centre Hamburg-Eppendorf that began in early 2009 aims to find out the reasons behind the disturbing numbers.

Both facilities are now monitoring the statistics for suicide attempts by young women from Germany’s largest immigrant population that are treated in their emergency rooms – in particular the reason the patients say they wanted to die, the paper said.

“We surmise the reason for the increase in suicide rates are conflicts within the family,” Charité study leader Meryam Schouler-Ocak told the paper. “For example the girls perhaps want a boyfriend, or they want to go out to clubs with their circle of friends. Or imagine when a girl is supposed to marry someone she doesn’t want to marry.”

Papatya, an help centre for young female immigrants in Berlin, told the paper that it frequently helps women who already have already attempted suicide in the past.

“Often it’s a desperate attempt to give the family a sign that something must change that isn’t being heard, or that the family doesn’t want to believe,” a spokeswoman said. “Sometimes the girls have told us, ‘I’d rather kill myself than let my brother do it’.”

Charité’s Schouler-Ocak said that many of the women who try to kill themselves are completely dependent on their family or husband – particularly those young those who have come directly from Turkey as “import brides.”

Because family problems within the Turkish community are traditionally handled privately, Schouler-Ocak said study organisers are working on distributing information on places for women to get help where they are most likely to see them.

The new intervention efforts, set to begin in Berlin this June, are focussed on posters and flyers in a media campaign to promote a new Turkish-language, anonymous crisis hotline within the community. Key community members such as teachers and doctors will also be trained to spread the word.

But the campaign will not be undertaken in Hamburg so that the two cities can compare the effectiveness of the measures, the paper said.