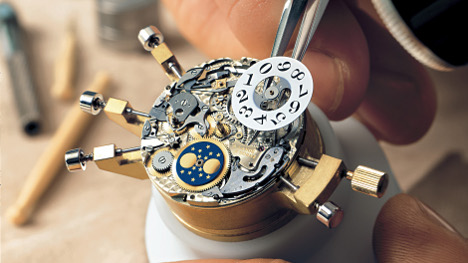 One of the world’s classiest high-end watch manufacturers, Saxony’s A. Lange & Söhne has a history as complex as the innards of their timepieces. In 1845 Ferdinand A. Lange opened his first watch production facility in Glashütte, a small town in the Erzgebirge Mountains south of Dresden in 1845. At the time, the area was terribly impoverished following the depletion of the ore mines there. Lange was himself the child of a poor, broken home who had risen to expert horologist thanks to charity. After apprenticing under a royal clockmaker for the king of Saxony he decided to open his business in the region, employing 15 young locals as his own apprentices. In Glashütte, Lange, who had also studied with master clockmakers in Switzerland and Paris, implemented numerous innovations in the watch-making process – including the use of the metric system.

By the time of his death in 1875, Ferdinand A. Lange had succeeded in turning Glashütte into a vibrant precision watch-making region. In 1868 his son Richard took over the company, and three years later his son Emil joined. The company was then named ‘A. Lange und Söhne.’ They prospered, receiving 27 patents for innovations in their high-quality time pieces. By 1898, the German Kaiser ordered a pocket watch from them, which he presented as a gift to the Ottoman sultan Abdul Hamid II. While the luxury firm’s fortunes stayed afloat through the First World War and the Great Depression, the factory was bombed heavily on May 5, the last day of World War II in Europe.

After that, the Russians expropriated most of the factory’s equipment, and the communist East German government shut down the company.

Walter Lange, the great-grandson of Ferdinand A. Lange, had trained as a watchmaker before he was conscripted to fight in WWII. Severely injured, he returned home to Glashütte, then fled to West Germany in 1948 to avoid being conscripted to work in the uranium mines. When the Berlin Wall fell, he returned to Glashütte and, in 1990, founded A. Lange & Söhne for a second time. He chose December 7, which marked 145 years to the day since his great-grandfather had first started the enterprise. The new company presented the first collection of watches in 1994 in the Dresden Castle, and Glashütte – which had faced deep economic uncertainty with the collapse of East Germany – became a center for precision watch-making once again. Today, A. Lange & Söhne employs 450 people –many of whom are descended from earlier generations of town watchmakers.

If you care to own part of this proud watch-making tradition, you can buy the Saxonia Annual Calendar model in rose or white gold for €27,500. Or, if you have more money to spend, you might consider one of the watches from the “165 Years – Hommage to F. A. Lange” collection, all three models of which come in patented honey-coloured gold. One of these, the Tourbograph “Pour le Mérite,” costs €385,000.

“For me, the mechanical watch is more interesting, because it’s alive,” said Walter Lange. But he admits there are some things that even a really wonderful watch can’t change: “People with Lange watches don’t have more or less time.” 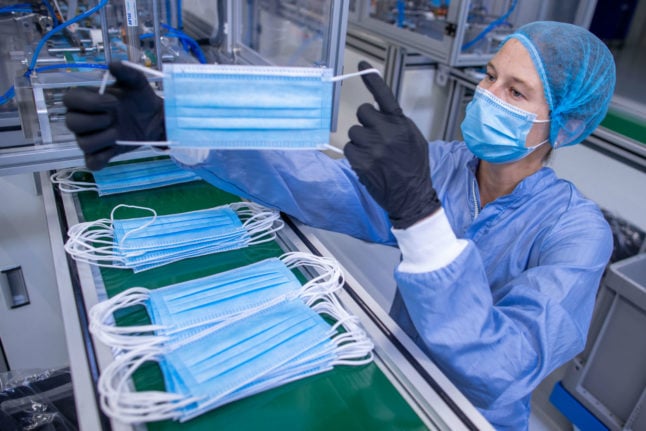 The German government plans to spend one billion euros next year setting up 19 “national health reserves” dotted across the country to make sure Europe's top economy is better prepared for the next health crisis, he said.

The storage sites will contain supplies of personal protective gear including masks as well as medicines and ventilators for patients experiencing respiratory failure.

The goal is for each facility to contain enough supplies for a month for local hospitals, care homes and doctor's offices.

Initially the sites will be filled with items already available or ordered, including protective gear sourced from China.

But from 2022, the government aims to rely more on “made in Germany” medical equipment to reduce reliance on outside supply chains, Spahn said.

Germany coped relatively well with the first wave of the coronavirus in the spring, partly thanks to early and widespread testing and a robust healthcare system.

But like other European nations, it too was caught off guard by the sudden demand for protective gear for health workers and scrambled to compete in the global marketplace for adequate supplies.

Since then, the government has pledged to create more incentives for homegrown firms to manufacture face masks, gowns, gloves and other medical items.

Germany has been hit hard by a second wave of coronavirus cases in recent weeks, pushing the total number of confirmed Covid-19 infections past one million, according to the Robert Koch Institute for disease control.

The number of patients in intensive care has soared more than tenfold since early October. More than 16,000 people have died from Covid-19 so far.

MADE IN GERMANY
‘We’re learning from the pandemic’: Germany to store medical supplies for future crises