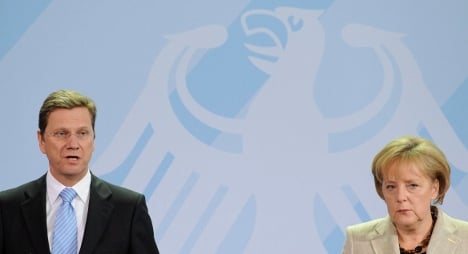 These are the worst levels for both parties since the beginning of 2000, the magazine said.

About six months ago, some 30 percent of Germans polled by the magazine said they believed Merkel’s CDU could best solve Germany’s problems. But following the defeat in Germany’s most populous state, which stripped Merkel’s coalition of a majority in the upper house of parliament, just 17 percent said the same in Wednesday’s poll.

Some 43 percent even said they longed for the return of the uneasy “grand coalition” of Merkel’s Christian Democrats and the centre-left Social Democrats, who gained three points to reach 27 percent voter approval.

The environmentalist Green party also inched up one point to reach 16 percent, and the socialist Left party dropped one point to land at 11 percent of voter support.

Research institute Forsa surveyed 2,001 representative German citizens between May10 and May 14, and another 1,006 between May 12 and May 14.