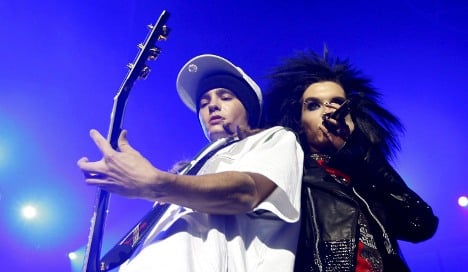 The 20-year-old guitarist and twin brother of the band’s flamboyant frontman Bill told daily Bild on Friday that he bought the black-market impotency pills from a street vendor.

“I asked the seller: ‘Do I look like somebody who can’t hoist his flag any more?’ He said ‘no’ but said I should try them anyway,” he told the paper. “So I swallowed one.”

He then returned to his hotel with a couple of girls to party and proceeded to take a few more of the pills he had purchased.

“Probably too many,” Kaulitz said. “The next morning my head was aching and my vision was blurred.”

Bild reported the illicit pills also kept his manhood standing at attention for the next two days.

“It was still working for the next 48 hours, unfortunately also in situations where it wasn’t really appropriate,” he said. “The 60-year-old masseuse that I visited the next day was slightly confused.”

Tom’s brother Bill said he had little sympathy for the potentially dangerous overdose of Viagra.