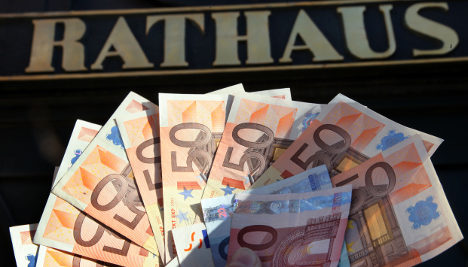 The association’s president, Frankfurt Mayor Petra Roth, told the Frankfurter Rundschau that the dismal environment for tax revenues in 2009 meant a new record deficit was looming.

It would be €3 billion worse than previously thought, Roth said, and would nearly double the previous record deficits of 2003. Over the past year alone, municipalities had spent at least €7 billion more than they took in, she said.

“Our budgets are completely overstretched,” Roth said, adding that she welcomed Chancellor Angela Merkel’s recent statement ruling out tax cuts for the time being.

However, Roth rejected Finance Minister Wolfgang Schäuble’s recent call for an overhaul of local government financing, and warned against ”experimenting” with business taxes – which is the municipalities’ most important source of revenue.

Schäuble’s planned commission on tax reform should focus on modernising the business tax, not abolishing it, she said.

She blamed poor federal government policies for the dire situation of the municipalities, saying that about half the shortfall were due not to the economic situation, but to tax policies.

The Finance Ministry’s approach in its efforts to reform the tax system had been “ineffectual,” she said.