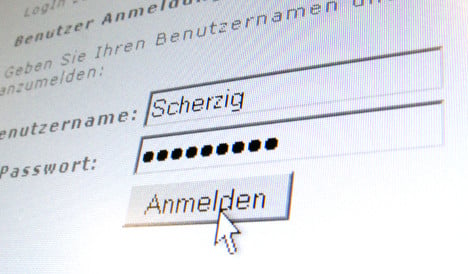 The Federal Court in Karlsruhe late on Wednesday ordered an internet usuer to pay legal costs after someone else used his wireless connection to download the Sebastian Hämer song Sommer unseres Lebens (“The Summer of our Love) while he was on holiday.

However, the court rejected the record label’s claim for compensation, meaning the verdict was only a partial victory for the music industry and other copyright holders, whose revenues are being hammered by illegal downloading over the internet.

The defendant had relied on the factory setting access code given by the internet service provider, rather than substituting it with a personal password.

The court ruled that private individuals had to ensure their wireless connection was protected from misuse by third parties.

While they could not be expected to continually review their security set-up, it was reasonable that they should follow standard safeguards at the time the wireless was installed in their private residences.

The factory setting password did not suffice because it was “relatively easy to guess such a password,” the court ruled.

Safeguarding the connection with a personal and sufficiently complicated password was a standard and reasonable expectation, the court’s statement said.

It ruled that the defendant was not directly responsible for the illegal song download in question, but would have to ensure that similar breaches were prevented in future.

It ordered him to meet the legal costs of the case.

The further claim by the record label for compensation – roughly the cost of the lost revenue from the song – was knocked back by the court. The subscriber himself had breached no copyright laws; he could only be deemed an accessory if he’d deliberately helped with the breach, the court said.

The defendant’s lawyer, Cornelie von Gierke, said her client was happy with the ruling that he did not have to pay compensation, while the record label’s lawyer, Hermann Büttner, also hailed the finding as “significant progress for the music industry.” He said it would put pressure on internet cafes and hotels to also take responsibility for stricter security.

The Music Industry Association also welcomed the verdict, with head Stefan Michalk saying: “No one can dodge responsibility with the commonly used defence that a third person abused their WLAN connection.”