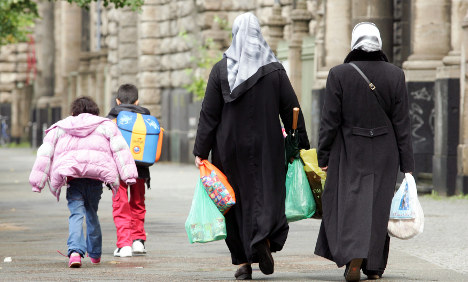 More than 50 years after the first Turkish “guest worker” was invited to West Germany to fill a labour shortage during its post-war economic boom, the Turkish community remains the worst integrated, according to new research conducted by Institut Info.

Cited on Wednesday by daily Die Welt, the report surveyed 2,000 Germans and immigrants from 86 countries about their values and attitudes about life.

Raising concerns about their failed integration, 40 percent of the country’s more than 2.7 million Turks said they felt unwanted in Germany.

While 90 percent of immigrants from other countries said they desired “to belong to the society without exception,” the number was only 60 percent for those of Turkish background, the paper said.

Integration challenges for Turks don’t stop there. While the average high school graduation rate for immigrants coming from other countries is around 25 percent, only 10 percent of Turkish students get that far, the survey found.

The group also claims the highest percentage of those who have never attended school – nine percent. Many of the uneducated Turks, and those among the 24 percent who are also unemployed and not seeking work, are women. This fact seems to reflect another statistic that almost one-third of Turkish-Germans believe “housework and raising children are women’s work,” Die Welt reported.

Barbara John, who served as Berlin’s integration commissioner from 1981 to 2003 said the situation was worst in big cities.

“Turks who are poorly integrated retreat into their community,” she told the paper. “They find security in the traditions they’ve brought along and stew in their own juices.”

But Holger Liljeberg, leader of the poll for Institut Info, warned that a big part of integration challenges occur because of widespread German stereotypes about immigrants.

“The attempts at integration by immigrants are accompanied by many real and mental exclusions,” he told the paper.

According to the study, 40 percent of the Germans polled said integration efforts in their country had been unsuccessful, meanwhile another 20 percent said they would find it uncomfortable to have foreign neighbours.

Some 20 percent of native Germans also blamed immigrants for unemployment in the country, the paper said.