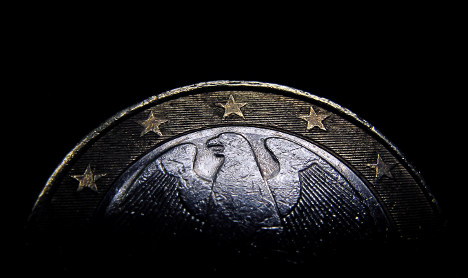 The data confirm that Germany, the eurozone’s largest economy, is slowly rising out of its deepest post-war recession.

The increase from the previous three month period exceeded forecasts for zero growth, and matched a revised 0.2 percent increase for the fourth quarter of 2009.

Germany’s national statistics office had initially estimated that the country suffered economic stagnation late last year. It revised the full-year 2009 contraction down to 4.9 percent from a previous 5.0 percent.

“The German economy is slow in gaining momentum,” the Destatis office said in a statement however, following three winter months marked by particularly harsh weather that hampered construction.

Domestic consumption remains subdued owing to unemployment and concern over government finances that have been weakened by stimulus programmes and the European Union bailout of Greece.

German investment in industrial equipment, inventory rebuilding and public spending nonetheless provided engines for growth, which showed a rise of 1.7 percent from the first quarter of 2009, Destatis said.

Details on the growth data are to be released next week.

Meanwhile, figures on industrial orders and production in March have pointed to a solid rebound by the key sector.

The economy fell into recession in 2009 but demand for German goods has picked up as prospects for the global economy brightened. The government currently forecasts growth of 1.4 percent this year.

Confidence indicators have also regained levels seen before the economic crisis, the labour market had begun to stabilize, and parts of the government’s massive stimulus package are still feeding into the economy.

German authorities have approved a stimulus package worth up to €21 billion in 2010, and construction activity is now making up for time lost over the winter.

The picture for the rest of the year is nonetheless uncertain, owing to the eurozone fiscal crisis that could force many governments including Germany’s to adopt strict measures to reduce their public deficits.

Economic activity is expected to weaken in the second half of 2010 but the euro’s fall in value against other major currencies should give German exports a boost in the meantime.

The country lost its title as the world’s leading exporter to China last year, but still ships enormous quantities of automobiles, chemicals and machine tools to all parts of the globe.

In 2011 however, exports could be hit as global economic stimulus plans wind down, UniCredit economist Andreas Rees noted.

The debt crisis will also force eurozone countries to consolidate their finances, “and step on their expenditure brakes,” he added.