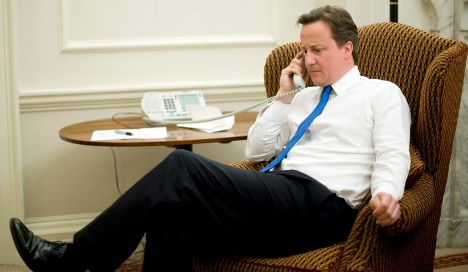 The Conservative Party leader took over as British leader on Tuesday, ending 13 years of Labour Party rule, after he forged a coalition agreement with the Liberal Democrats. Last week’s inconclusive election results mean Cameron’s administration will be the first coalition government in the United Kingdom in the modern era.

At 43, Cameron will also be the youngest prime minister Britain has seen since 1812.

“We have some deep and pressing problems – a huge deficit, deep social problems, a political system in need of reform,” Cameron said according to news agency AP. “For those reasons, I aim to form a proper and full coalition between the Conservatives and the Liberal Democrats.”

The new coalition took the unprecedented step of agreeing to a five-year parliamentary term and also plans to reform the country’s electoral system.

But Clegg’s predominately pro-EU party could clash with Cameron’s Eurosceptic Tories on many European issues, potentially setting up conflict with Berlin and other EU members.