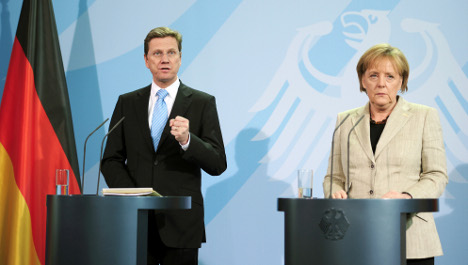 “In my view no tax cuts will be possible in the foreseeable future,” Merkel told reporters, adding that this meant “at least two years – the budgets for 2011 and 2012.” Her current term runs until 2013.

Her coalition allies since the national election in September, the pro-business Free Democrats, had pressed Merkel to slash taxes but Germans are sceptical in light of Germany’s parlous public finances.

“Looking further ahead in politics is always very difficult because many things happen differently than one can predict with forecasts today,” Merkel said.

Merkel said that instead of cutting taxes, her government would focus on simplifying the taxation system.

Merkel’s Christian Democrats (CDU) were also in an alliance with the FDP in the western state of North Rhine-Westphalia (NRW), Germany’s most populous, but voters threw out the coalition in an election on Sunday.

Experts said that the defeat was down in large part to Merkel’s decision to contribute to a massive bailout of Greece, and to squabbling in her new coalition.

The election in NRW means Merkel’s coalition no longer has a majority in the upper house of parliament, making the passage of legislation harder. But she ruled out any cabinet reshuffle.

Merkel appeared before the press earlier Monday to insist that the costly efforts to shore up the euro were also in the interest of German taxpayers.

“We are protecting the money of people in Germany,” she said. “This package serves to strengthen and protect the common currency.”

Merkel also pledged a round of budget cuts to get Germany’s fiscal house in order.