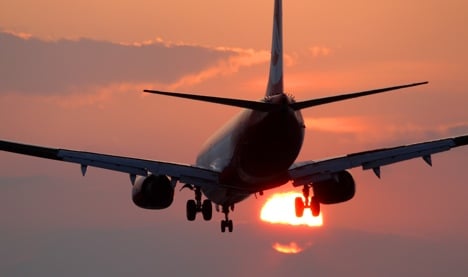 Four German airports have been closed down until further notice on Sunday as the new cloud of volcanic ash spread across southern Europe. Friedrichshafen, Augsburg, Stuttgart and the major transport hub Munich were all closed at 3 pm, after the cloud reached northern Italy in the morning. The airports of Milan, Florence and Pisa have also been temporarily shut down.

The German air-traffic control agency (DFS) closed Munich airport because of a highly concentrated ash cloud in the airspace above the area, a spokesman said. The airspace above southern Germany was described as “potentially contaminated.”

As many as 500 Sunday flights have been cancelled in Europe, the Brussels-based flight safety organisation Eurocontrol announced, including 31 from Germany’s biggest airport in Frankfurt. This primarily affected flights to Milan, Lisbon and the US.

News magazine Der Spiegel has reported that pilots have complained about Lufthansa’s decision to allow certain commercial passenger flights to go ahead according to Visual Flight Rules (VFR) during the closure of airspace in April.

VFR means that pilots fly around dangerous clouds until they reach a cruising altitude above them, guided mainly by their own judgment. According to the magazine, Lufthansa safety pilot Jürgen Steinberg now regrets his approval of the decision. “That must not happen again. If the situation happened again, my recommendation would be ‘Don’t do it!’,” Steinberg said.

In mid-April, the DFS closed the lower airspace in Germany to flights using instruments because of the ash cloud. But after coordinating with other authorities, the DFS permitted VFR flights.

Lufthansa defended the decision. “That was a completely clean process,” company spokesman Klaus Walther told the news agency DPA. “It was totally safe.” Walther said that there had not been a single incident, and no pilot had refused to fly. Referring to Steinberg’s statement, Walther said, “That is his private opinion.”

The cancellation of tens of thousands of flights during six days in mid-April led to billion-euro losses to the flight industry.