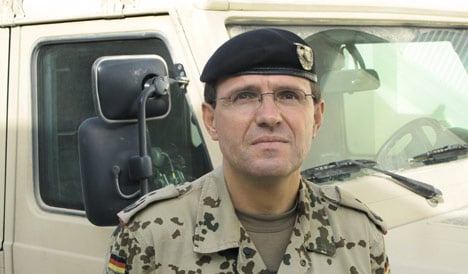 “That is not on the agenda,” parliamentary liaison to the Defence Ministry Christian Schmidt told daily Mitteldeutsche Zeitung on Wednesday.

In September 2009, an air strike on two petrol tankers hijacked by the Taliban ordered by Klein killed an estimated 142 people in Afghanistan’s Kunduz region, among them dozens of civilians.

But last month prosecutors decided to drop a criminal investigation into Klein’s actions, leading conservative politicians to demand an end to the parliamentary inquiry into the affair as well. The Karlsruhe-based prosecutors’ office announced Klein had broken neither German nor international law because he had every reason to assume only insurgents were around the hijacked tankers, not civilians.

According to one member of the inquiry, the situation is unsettled and the Bundeswehr is allegedly looking for ways “not to carry out proceedings.”

But Green party parliamentarian Tom Koenigs told the paper that a disciplinary procedure should be “the minimum” that Klein faces for ordering the deadly air strike.

Meanwhile military inspector Werner Freers, who is in charge of the case, told the paper the case is still under review.