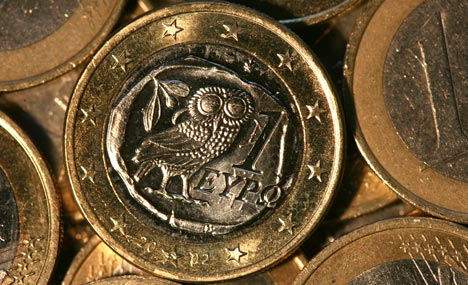 “The lessons must be learned from this situation,” she said, unveiling legislation that would see Berlin contributing some €22.4 billion ($29.6 billion) to a €110-billion bailout deal for Athens.

She said she would lead the charge among EU heads of state and government to reform the European Union’s fiscal rules, including “possible treaty changes to enable an adequate reaction (to crises) in the future.”

“It is the task of this government to configure this stability pact in such a way as to ensure that it cannot be undermined and that it is strictly adhered to,” Merkel said. “We will press for the creation of a ratings agency in Europe so that European financial markets become more stable and reactive.”

Acutely aware of strong public opposition to the bailout with a key regional election looming, the chancellor stressed that dragging Greece from its deficit precipice was also in Germany’s interests.

“It does not just mean we are helping Greece but also that we are stabilising the euro as a whole, thereby helping people in Germany, for whom a stable European currency is of extraordinary value,” she said.

The draft law proposed by cabinet will be debated in parliament on Wednesday ahead of a vote on Friday.

Merkel has a large enough majority to push through the legislation without the help of opposition parties, but the centre-left Social Democrats (SPD) seemed to be leaning towards supporting the bill, as did the Greens.

Market analysts saw little risk of the funds being blocked.

Dirk Schumacher from Goldman Sachs said: “While there can be little doubt that many MPs do not like the package at all, things have progressed too far to be stopped now in our view. “We see only a very small risk that the financial help will be stopped by parliament.”

As a final step, Germany’s president Horst Köhler must sign the legislation before funds could be released.

A top economist also sought to soothe voters’ antipathy to what the mass circulation daily Bild dubbed “the fattest cheque of all time”, saying that Berlin could turn a profit on the loans.

“We have a good chance of seeing the money again,” Michael Huether, head of the influential IW economic institute, told the Hamburger Abendblatt daily.

“At the end of the day, we could get five percent on the money we have handed out and we ourselves only paid three percent for it. In the longer-term, the rescue package should not impact the taxpayer,” he added.

Nevertheless, the government is also bracing itself for a likely legal challenge in the constitutional court, Germany’s highest, from academics who campaigned against the creation of the euro in the first place.

On Sunday, eurozone nations agreed to offer a loan package to Greece worth €110 billion over three years, with the IMF providing €30 billion.

And next Sunday, Merkel faces a key electoral test in Germany’s most populous state, North Rhine-Westphalia, in a poll that could see her coalition lose its majority in the upper house.