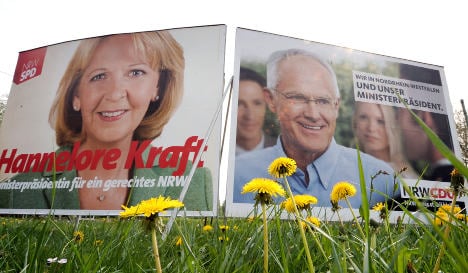 “As always with such cases we take a look as soon as there is evidence of possible violations of party laws,” President of the lower house of parliament and CDU member Norbert Lammert told broadcaster Deutschlandfunk, declining to reveal details of the case.

Over the weekend the North Rhine-Westphalia CDU admitted to funding what was supposed to be a non-partisan voter initiative for state premier Jürgen Rüttgers. The party allegedly did not claim donations to the initiative. The environmentalist Greens and centre-left Social Democrats in turn accused the party of dealing with illegal party donations.

If the CDU violated campaign rules by not claiming the donations, they will likely face a fine.

The scandal is the most recent to plague the state’s CDU in recent months as the election draws near.

Rüttgers denied knowing about the arrangements and promised to have them stopped immediately.

The coming state election could reshape Germany’s political landscape. As the country’s most populous state and an economic powerhouse, a loss for the centre-right coalition would inevitably be seen as a vote of dissatisfaction with the federal coalition of Angela Merkel’s CDU and Guido Westerwelle’s FDP, which has been struggling amid internal squabbles and lack of direction.

Furthermore, a loss for the CDU-FDP could strip the federal government of its majority in the upper house, or Bundesrat, in Berlin.