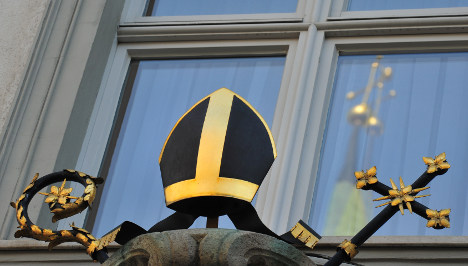 Secession from the Church violates school rules, headmaster Manfred Schöpplein said late on Thursday, explaining that this led him to present the case to the Augsburg diocese – which runs the only university-track school in the area. It also happens to be embroiled in the huge child abuse scandal hitting the Catholic Church in Germany in recent months.

The organisation faces its gravest crisis of modern times, with decades-old claims of sexual abuse by priests surfacing. Last week Augsburg Bishop Walter Mixa, who was accused of beating children at an orphanage, though not of sexual abuse, was forced to resign.

The scandal has inspired an increasing number of Germans to leave the Church. Last week a poll said nearly a quarter of the country’s 25 million Catholics were considering the move.

The diocese authorities decided that the 10th grade girl would be forbidden to attend school in the next school year, throwing town authorities into an intense debate.

City council member and Catholic Edeltraud Baur said she found the sanction intolerant and a violation of the right to choose one’s religion.

Meanwhile head of the parents’ association Birgit Maile said she understood the expulsion, explaining that parents sign a contract with a religious school that specifies children could be kicked out if they leave the Church.

The high school receives funding from the Bavarian Ministry of Education each year, but the ministry refused to comment on the case.

PARTNER CONTENT
One size does not fit all: How leadership has changed in the international age of Zoom
Url copied to clipboard!