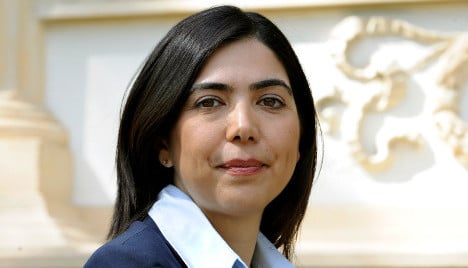 In an interview over the weekend the 38-year-old – who will be the country’s first Muslim state minister – said that public schools should be neutral places without religious symbols, including both crucifixes and Islamic headscarves.

The statements from the conservative Christian Democrat (CDU) member to Focus magazine sparked outrage within her own party.

On Monday morning Integration Commissioner Maria Böhmer rejected any suggestion of such a ban, saying crucifixes were part of the country’s national identity.

By afternoon Lower Saxony State Premier Christian Wulff, who appointed Özkan to his cabinet, declared the discussion was over.

After a “broad debate” in the CDU state parliamentary group, his new minister had accepted that crucifixes are “welcome and wanted” in the state’s schools, he said as a federal and state-level conference on integration began in Berlin.

“She backs this policy and the topic is finished for us,” he said, calling the situation a “misunderstanding.”

Meanwhile at the integration summit Özkan reportedly apologised for the interview, saying she gave it without adequate knowledge of the state party’s policies.

CDU parliamentary group leader David McAllister emphasised that state laws for religious symbols in schools would not be changed.

“In the eyes of the CDU the cross is a symbol of tolerance, also when applied to other religions,” he said. “The weekend’s irritations and misunderstandings have therefore been dispelled.”

A successful business woman, Özkan joined the CDU in 2004 and quickly rose through the regional ranks of the party to reach the Hamburg city council in 2008.

The debate over religious symbols in schools came as federal and state integration officials planned to gather in Oldenburg on Monday.