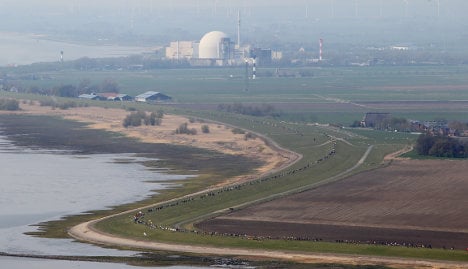 The government has pledged to extend the running time of Germany’s 17 nuclear power stations beyond the planned closure date of 2020, sparking what would seem to be a renaissance in the anti-nuclear movement.

Many demonstrators dressed up in costumes, while the famous ‘nuclear power – no thanks’ slogan and logo was everywhere to be seen.

Saturday was also just two days before the 24th anniversary of the Chernobyl nuclear disaster – a date often chosen for anti-nuclear demonstrations.

Between 10,000 and 20,000 people also gathered at Biblis nuclear power station to form a chain around it, while there were more than 5,000 demonstrators at Ahaus.

Further large-scale protests are being planned for October 2, while it is also expected that protests and blocking actions will resume against the delivery of nuclear waste to the controversial storage facility in Gorleben.