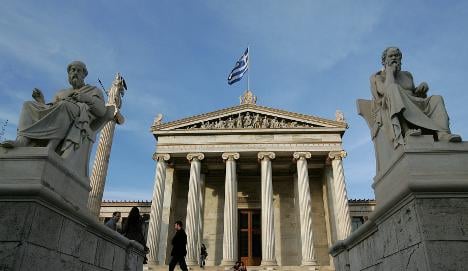 “Greece has not only a liquidity problem but also a fundamental growth and structural problem,” Hans-Peter Friedrich, MP for the CSU told Der Spiegel magazine on Saturday.

He said this should prompt Greek politicians to “seriously consider leaving the Euro-zone.”

Such a step should “not be declared a taboo,” he added.

His thoughts were echoed by Werner Langen, head of the Christian Democratic Union/CSU group in the European parliament.

“I am extremely sceptical as to whether the aid package conforms with European Union law and the German constitution,” he said.

“The real alternative,” he said, would be for Greece “to leave the currency union and become competitive again via hard structural reforms.”

The Greek government appealed on Friday for tens of billions of euros in help from the EU and the International Monetary Fund to shore up its economy. More than €8 billion of that would come from Germany.

Chancellor Merkel has said she would be reluctant to help unless the stability of the euro was to be threatened and the Greek government implemented tough reforms.